Louis XIV’s gardener at Versailles was faced with a serious problem: he could not stop members of the nobility from trampling about in the delicate areas of the King’s garden. He finally attempted to dissuade their unwanted behavior by posting signs, called etiquets,which warned them to “Keep off the Grass.” When this course of action failed, the King himself had to issue an official decree that no one could go beyond the bounds of the signs. Later, the name “etiquette” was given to a ticket for court functions that included rules regarding where to stand and what to do.

The word ‘etiquette’ has evolved, but in many ways it still means “Keep off the Grass.” Remaining within the flexible boundaries of civil behaviour allows relationships and us to grow like flowers in Louis’ garden. Moreover, it lets us present ourselves with confidence and authority in all areas of our professional and personal life.

In our own society, good manners were considered an important part of a cultured person’s upbringing until the 1960s. Educational institutions incorporated social graces as a crucial aspect of a well-rounded curriculum, and finishing schools specialized in etiquette, deportment and proper manners at the table. The ’60s and ’70s ushered in a decline in the popularity of etiquette training. The return to traditional social values in the ’80s and ’90s, partly as a reaction to the previous two decades, has created an increasing awareness of the importance good manners have in our culture. As our world becomes a smaller place and our economy becomes increasingly global in scope, it is becoming increasingly clear how important good manners are in all cultures. 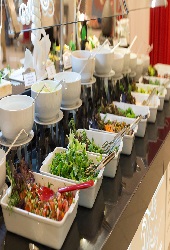 Dressing for Success: Tips to Give a Great Impression in Social Settings
Learn More