Etiquette rules regarding seating in a car on social occasions are different from seating in business situations.  The social rules for car travel are especially important when a man is opening the door for a woman and when two couples are seated in a car.  Savvy individuals who wish to climb the ladder of success know the rules and carefully adhere to them.

In social situations, good manners require a well-bred man to assist his lady into the car from the curb side before walking around the car to let himself in. Ladies, everyone knows you can open your own doors.  Before 5:00 p.m., you can be a lioness in the office, but lighten up; after 5:00 p.m., however, you might do well to lighten up, turn yourself into kitty cat, and stop robbing your man of his manhood.  Men, don’t be clueless!  Being attentive is a subtlety not lost on a classy woman.  Even a simple gesture such as opening the car door for her sends a message that believe she’s worth being treated like a princess and you’re proud to be seen with her.  If you must, fake it until it becomes a part of you.

How couples seat themselves when traveling together is an indication of their social class.   When two men and two women of the working class are traveling together, the two men sit in the front seats of the car, and the women take the back seats.   In the middle class, one couple sits up front, and the other couple sits in the back.  Rich, upper class people chose a different arrangement.  The woman of one couple sits up front with the male driver of the other couple, while her companion sits with the driver’s female partner in the back seat.    The man in the back seat defers to the woman by giving her the seat of honor — passenger side rear. The assumption of this seating arrangement is that a couple spends a good deal of time together.  A mixed seating arrangement encourages cross-conversation between couples, thus fulfilling the purpose of getting together – to exchange scintillating conversation, news and ideas.

Does all this sound a bit pretentious?  Perhaps, but if you’re interested in joining the social club, you need to adapt your manner and your actions to the rules of acceptable behavior in car manners as in all areas of etiquette. 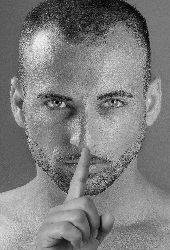