It is believed that the flag should not fly on the flagpole all day and night. The flag should be raised in the morning with sunrise and lowered in the evening. In the United States, for example, only three places (memorials) allow the national flag to be flown around the clock. In many countries the observance of this ritual is jealously guarded by state institutions and even universities and schools.

The flag or banner should never touch the ground, not even by an edge. No flag should be placed in the grave. For example, if in a funeral ceremony, the flag is used as a casket cover; the flag must be removed and deposited with the deceased's relatives before being lowered into the grave.

It is also forbidden to display the flag upside down (except in specially specified cases). This is considered an insult to the state and the nation.

The rules of joint display of the flags of several states, flags of the state and a municipal formation or enterprise are described in the relevant Regulations. The general rule is as follows: the flags of two equal entities must be of the same size, the flag of a part of the country (city, enterprise) cannot be bigger than the flag of the state. If several equal flags are placed on flagpoles in a row, their order is important. The most privileged places in a row of flags are considered to be the center and left flank of the spectator. In these places flags of international organizations, forums, etc. are usually placed. The rest of the flags are most appropriately arranged alphabetically.

It is customary to raise the flag quickly on a flagpole (the cloth has to "fly up"). The flag, on the contrary, descends slowly and solemnly. If several flags are hoisted, the one with the higher status (the state flag) should be hoisted first and the one with the last status.

Nailing the flag to the staff

Nailing to the staff is one of the most solemn moments in the history of the banner. This ceremony takes place prior to the official presentation of the banner to a military unit, official or organization. The cloth is nailed to the flagstaff using special nails. The honor of nailing is bestowed on the guests of honor at the ceremony. It is usually done by a few people in turn.

Carrying and carrying the battle flag

To carry the standard a special team (standard platoon) with a flag bearer, attendants and sometimes a drummer is appointed. When carrying the standard, both the standard-bearer and the assistants should have arm-bands to carry the standard. The colors should always be unfolded in front of the formation. It is retracted into the cover only when moving long distances.

The standard-bearer in the formation on the ground holds the battle flag at his feet with his right hand slightly down. The lower end of the staff should be in the middle of the right foot.

When moving with the banner, assistants and banner platoon should hold their machine guns in the chest position or their carbines in the shoulder position.

The main symbol of a warship's affiliation with the Soviet Navy was the naval flag.

On the move, warships carried the navy flag on the gaff or on the aft flagpole at all times.

Officers' flags were hoisted on the fore or main stanchion. Brad pennants were also hoisted there.

At anchorage, the naval flag is hoisted on the aft flagpole only during the day. Along with it on ships of the 1st, 2nd, and 3rd ranks, the guise is raised. At nighttime, the flags are lowered. If the ship goes to sea at night, the flags are raised at the moment of moving from the "at anchor" position to the "underway" position.

During the time between flag hoisting and flag lowering, the Ship's Statute states, all servicemen salute the Naval Flag on entering (leaving) the ship (from the ship).

Raising the flag on a ship

On weekdays, flags on Navy ships are hoisted at 8 a.m., on Sundays and holidays an hour later.

Fifteen minutes before flag hoisting, at the order of the officer of the watch, the horn player plays the "summons" signal. At 7:55 a.m., he directs the flag and gules halyards to the signalers and then reports to the commander: "Flag rise in five minutes." The trumpeter plays "The Big Gathering."

The crew is lined up on the upper deck (the big assembly does not take place when the ship is on alert or in preparation for a voyage). However, even then, everyone on the upper deck, on command, turns their backs to the side of the ship. The ship's commander comes upstairs and greets the personnel. When a minute is left before the flag is hoisted, the officer of the watch commands: "To the flag and jus, halt!"

Then the command, "Flag and Lux up!" is given.

The trumpeters play the signal "Raise the Flag," and everyone on the upper deck and nearby piers turns their heads toward the flag, slowly raised by the signalmen as it is unfurled. Officers, midshipmen, and chief ship's petty officers put their hand to their headgear. The rowers of dinghies close to the ship dry their oars, their chief officers also place their hand on their headgear.

Solemn Flag Raising on a Ship

There is also the solemn raising of the flag on ships. In this case, the crew is lined up on deck by the "Big Gathering" in parade or dress uniform. At the same time as the flag and iuise, the stengue flags and coloring flags are hoisted, and the band performs the "Counter March" at the same time.

As the Navy flag is raised, the National Anthem is played.

When the ship enters service, the Fleet Commander, arriving at the ship, solemnly announces the order for the ship to enter service. The ship's commander is then handed the Navy flag and the order. He carries the flag in his arms in front of the formation of the entire crew, and then secures it to the halyard to be hoisted on the aft flagpole or on the gaff and, at the command of the senior of the officers on board, personally raises it. At the same time the staff raises the colors, flagpoles and flag colors. The band plays the national anthem and the crew greet the flag being hoisted with a loud extended "Hurrah!"

"Guarding the National and Naval Flags in combat is the honorable duty of the entire crew of the ship; if the National or Naval Flag is shot down in combat, it must be immediately replaced by another. If circumstances do not permit the replacement flag to be hoisted in its designated place, it shall be hoisted on an emergency flagpole mounted anywhere on the ship," reads the Ship's Statute.

When at anchor, the flag is guarded by a specially designated sentry, but during combat, when flags are hoisted on the masthead and masthead, they are guarded by all crew members who are engaged in combat at their battle stations. If the flag is knocked down during the battle, it is immediately replaced by another, so that the enemy cannot assume that the flag on the ship is down. This naval custom is also reflected in the Navy's Ship's Regulations. 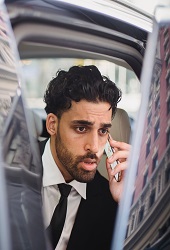